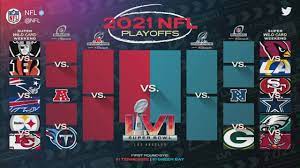 The NFL Playoffs start this weekend and will culminate with Super Bowl 56 in Los Angeles, California on February 13th. Though our local Giants and Jets had down years and didn't make the playoffs, a few of our faculty members favorite teams are involved in the tournament. Mr. Landy is a Raiders fan, Mr. Kolakowski is a Cowboys fan, and Mr. Comprelli is a Steelers fan. We asked them share predictions for their favorite teams. (Since the Raiders beat both the Cowboys and Steelers during the regular season, we will start with Mr. Landy.) 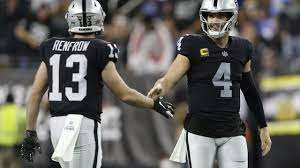 MR. LANDY - This season marks the first time since 2016 that the Raiders have earned a spot in the playoffs.  In fact, back then they were still called the Oakland Raiders.  As a long time Raider fan I am extremely proud of the season they have had.  They have overcome a great many challenges; they lost their Head Coach John Gruden, Lost their best player to injury most of the season, had a few players removed from the team for getting in trouble with the law, and we even lost all time great Raider Coach John Madden who recently passed away.  Six of this team's ten victories were won on the very last play of the game so it really has been an exciting season.  They will play the Cincinnati Bengals on Saturday, a team that they lost too already this year so it will be tough.
My prediction for the game is that it will be a close one.  Derek Carr will throw for 321 yards and 3 touchdowns.  Kicker Daniel Carlson will win it in the final minutes with a field goal.  Raiders 33, Bengals 30

MR. KOLA - On Sunday at 4:30pm my Dallas Cowboys take on the San Francisco 49ers. This matchup is a classic football rivalry and I believe it will be a close game. In order for the Cowboys to win the game, I believe they need to make a few impact plays on defense such as interceptions and sacks. Conversely, if the Cowboys take care of the football and create some turnovers, I think they have a great chance to win the game.  Final Score Prediction:  Cowboys - 31   49ers - 23 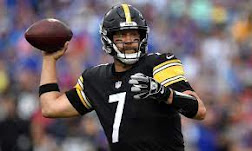 MR. COMPRELLI - This Sunday night my Pittsburgh Steelers will take on the highly favored Kansas City Chiefs. Odds makers are projecting the Chiefs to beat the Steelers by 14-17 points and I think they are accurate. In Week 16 (12/26/21) the Chiefs defeated the Steelers 36-10. Since then I feel like the Steelers defense has improved, but we have to remember that the Chiefs were not at full strength that week. They didn't have their star tight end, Travis Kelce, against the Steelers and Tyreek Hill was on a limited snap count (from what I remember). Having Kelce back is going to be a major concern for the Steelers. Unfortunately, it seems that the high powered Kansas City offense will be too much for this Steelers defense. On the (Steelers) offensive side of the ball, it has been a complete embarrassment. They lack explosive play potential and struggle to give Ben Roethlisberger ample time to throw the ball down the field. The Steelers need to hope for another big game from running back Najee Harris, who led them to victory against the Browns 2 weeks ago with a record breaking performance. In the past 2 years, opposing teams have loaded the box with 7-8 defenders forcing Big Ben to make quick decisions and accurate throws. I fully expect KC to do the same thing this week. My honest prediction is that this will be Big Ben's final game, with the score Kansas City - 41, Pittsburgh - 20. I hope I'm wrong. Let's go Steelers!

Email ThisBlogThis!Share to TwitterShare to FacebookShare to Pinterest
Labels: Football 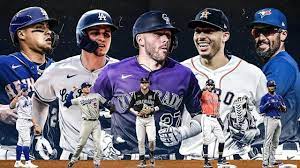 The “Hot Stove” was going smoothly until a lockout of the players began on December 2nd. During the lockout, free agents cannot be signed and trades cannot be made. This left many key free agents without a team. Freddie Freeman, the heart of the Champion Atlanta Braves is one of them despite taking the lead when Ronald Acuna Jr. went down with a torn ACL. Kris Bryant came off of one of his best years to earn him a good contract in free agency, but the lockout shut free agency down. Two premier Short Stops also were not signed before the lockout, Carlos Correa and Trevor Story. Trevor Story was expected to pick up a one-year deal after posting his worst batting average and second-worst on-base percentage and slugging percentage. Correa had a great year when he placed fifth in AL MVP voting and got the AL Platinum Glove. I expect these players to get signed right after the lockout ends. 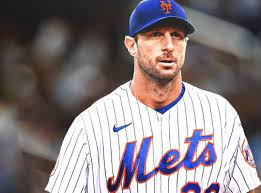 A lot of deals were being made before the lockout. On Black Friday, the Mets signed Eduardo Escobar, Mark Canha, and Starling Marte. Two days later the New York Mets signed Max Scherzer to a record-breaking deal, Max Scherzer will get 43.3 million dollars a year for three years unless he chooses to opt-out in 2023. November 28-29, the Texas Rangers spent over half a billion dollars on free agents. Those free agents are Marcus Semien, Jon Gray, Kole Calhoun, and Corey Seager. Marcus Semien is coming off perhaps the best year of a Second Baseman in modern baseball history, coming in third place for the AL MVP. He also broke the single-season record for home runs by a Second baseman.

Even smaller budget teams like the Tampa Bay Rays were making moves. They signed two-time Cy Young Award winner Corey Kluber and elite Reliever Brooks Raley. They also traded All-Star Third Baseman Joey Wendle to the Miami Marlins for Outfield prospect Kameron Misner. The Pittsburgh Pirates trade away 2021 Gold Glove Award winner Jacob Stallings for three prospects from Miami. Stallings led the MLB with 21 defensive runs saved from the Catcher position. The Marlins are suddenly becoming a good team with the acquisitions of Joey Wendle, Jacob Stallings, and signing Avisail Garcia to a four-year contract. The Detroit Tigers signed Javier Baez and Eduardo Rodriguez and are expected to be one of the teams to be contending for Carlos Correa.

Some free agents signed with their old teams. Justin Verlander is going back to the Houston Astros after missing the past two seasons due to Tommy John Surgery. Antonio DeSclafani is returning to the San Francisco Giants on a three-year deal. Rich Hill signed with the Red Sox for the seventh time in his career! That is what happened this offseason so far.

Email ThisBlogThis!Share to TwitterShare to FacebookShare to Pinterest
Labels: Baseball 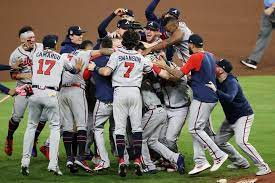 If you recall, our Baseball Insider Aiden Gomez-Hall previewed the 2021 World Series for us between the Atlanta Braves and Houston Astros. Aiden's Preview

Well wouldn't you know, Aiden predicted a victory for the Braves in 6 games, and that's exactly what happened!

Aiden will now be walking us through the "hot stove" season in the baseball calendar where all the teams are jockeying for free agents and looking at potential trades. We look forward to his preview.

Email ThisBlogThis!Share to TwitterShare to FacebookShare to Pinterest
Labels: Baseball 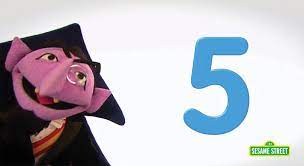 The number of the day is ........ 5! The Girls Volleyball Team won their 5th straight game Thursday, defeating Elizabeth South in straight sets 25-5 & 25-19! The Patriots ran their record up to 9-4 on the season. Julia Soares and Hanna Medina put on  clinic serving as combined for 20 aces! Isabelle Martinez, Madison Morales, and Makeyla Villalta played excellent games, showing experience is invaluable. The first set might have been the best of the year thus far for the Patriots as they led from wire to wire and played almost perfect volleyball.

The Girls are firing on all cylinders at just the right time! Today they head for Bogota for a multi-team tournament with a lot of confidence and momentum. The competition intensifies today, but the Patriots are no doubt ready for the challenge. 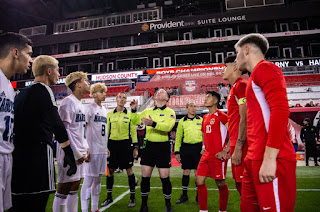 Kearny High School topped Harrison High School in overtime on Thursday, 2-1. It was an intense game in front of a spirited crowd of 4,300. Click on the link for the official write-up from NJ.com and their official media pictures.
Hudson County Championship
Four of our 8th Graders were selected to be ball boys for the match. Leandro Nizama, Musa Jaiteh, Matthias Burgo, and Alex Patrao. It was an unforgettable experience for them! With some hard work, they may be on that field in the future!
at October 29, 2021 No comments: 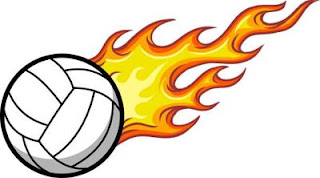 Winning is contagious, especially for our Girls Volleyball team! The Patriots defeated Wood-Ridge yesterday in straight sets 25-22, 25-22. The Girls showed grit, pulling through struggles and getting big points when needed. The Girls improved to 8-4 on the season.

It was a true team effort yesterday. No one let the high pressure of the close games effect them. It helps that having won their 3 previous games, the Girls know what it takes to close a game out. Julia Soares once again shined for the Patriots, serving 10 aces and collecting 5 kills. Ranya Ayatallah had a good game on the Patriots front line, adding 2 kills. Captains Makeyla Villalta and Isabelle Martinez added 3 aces a piece. The Girls will look to extend their winning streak to 5 games today when they go for the season sweep against Elizabeth here at WMS. 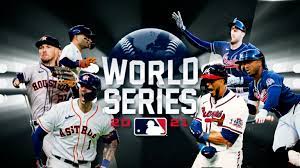 Today marks the start of the 2021 World Series between the Atlanta Braves and the Houston Astros. The World Series is a best-of-seven contest. My prediction is that the Braves win in 6 games. I believe that this is going to be a roller coaster of a series, with the Braves and Astros trading games. The first two games will be at Minute Maid Park, the Astros home stadium, with the third, fourth, and fifth (if needed) games being played at Truist Park in Atlanta. If the series goes to six or seven games, those games will be played in Houston.

Both teams advanced after winning tough series’. The Houston Astros beat the Boston Red Sox in six games. The Atlanta Braves defeated the Los Angeles Dodgers in six games as well. I think that the Braves’ offense and bullpen has a slight edge over the Astros’. The Braves offense is led by NLCS MVP Eddie Rosario and 2020 MVP Freddie Freeman. Atlanta’s bullpen is led by lefties Tyler Matzek, A.J. Minter, and Will Smith. The Astros do have a slightly better rotation than the Braves. That is my breakdown of the 2021 World Series.

I asked our Principals and Mr. Stahl for predictions:

The NFL Playoffs start this weekend and will culminate with Super Bowl 56 in Los Angeles, California on February 13th. Though our loca...